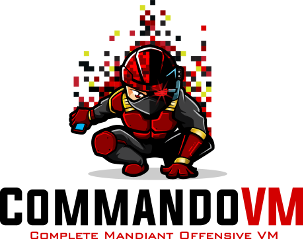 As someone whom in the past has been responsible for the consistency of build images for both Pentesting and Incident Response Teams within medium to large corporation, Netscylla thought that today we would highlight the advantages of two build/provisioning scripts released by Mandiant’s Fire-eye Team:

Why Use Provisioning Scripts

Provisioning scripts ensure that all consultants are using approved and consistent builds. That they are using the same software; either open-source or with a commercial license. That all software is:

Ok, we admit on occasion there can be some configuration drift, if consultants are using their own laptops and not issuing the update command. But this can be easily resolved!

Additionally, clients can sometimes be concerned about foreign laptops / virtual machines on their network. These build scripts make it easier to share with client’s so that they can provision most frequently used tools into their environments.

For example over the last few years, and with the recent migration to cloud environments it has often been much easier to request a copy of https://www.kali.org in the environment. It has a majority of the common hacking tools for pentesting, and life becomes much easier as opposed to arguing with system administrators, trying to get your builds or hacking-tools into the environment. But there has been no real option for consultants that prefer Windows, or for Consultants that are restricted to operate in Microsoft Windows-Only environments.

But what about Windows Tools?

Up until recently there have been no real attack / response virtual-machines or provisioning scripts that make the deployment of Windows hacking/response tools easy to install.

We have been limited to the following choice:

Why use the Fire-eye scripts

Mandiant Fire-eye, uses Chocolatey! A tool we are already familiar with to load several software packages that are often used in our line of work. The beauty of sharing these scripts with the community, is that it is easy to fork on Github.com/fireeye, amend and insert any extra packages or 3rd party software that you like to use within your company: e.g. insert custom scripts, and any in-house software.

To modify any packages already in the Commando-VM resposiorty its as easy as amending the Win10 install tool script packages .json file

What about the base OS?

This can be configured by either of the following orchestration software:

Create and configure a new Windows Virtual Machine Ensure VM is updated completely. You may have to check for updates, reboot, and check again until no more remain Take a snapshot of your machine! Download and copy install.ps1 on your newly configured machine. Open PowerShell as an Administrator Enable script execution by running the following command:

You can also pass your password as an argument:

As commando hooks chocolatey, its as easy as

If you are using PowerShell v2:

And PowerShell v3 or newest:

Next, you can deploy FLARE VM environment as follows

As commando hooks chocolatey, its as easy as

Obviously, these provisioning scripts help install tools for either the red or blue team members - there is some overlap, but we advise running these scripts in different machines or VMs.

We advise running these scripts in TWO different Virtualised Machines!

Not everyone likes running a pre-determined image, some hackers prefer to use their own specific builds and customised software. But considering that you could be working in a controlled environment, or have a number of new starters or different contractors. Using provisioning scripts can help to quickly set-up their test environment, laptops or virtualised machines to minimise down-time.

For testers that have to burn their images, or leave their hard-drives on a custom site. These scripts remove some of the pain of manually installing common software.

It’s worth taking a look at…