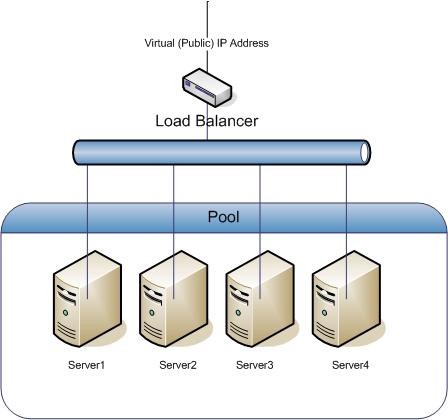 Those new to Information Security may not know what a load-balancer is? Those that have even been in the industry a few years, may not fully understand them? But due to a new flux of High-Availability (HA) application architectures due to Cloud Provisioners, being able to understand these mythical beasts, and assess individually the servers behind them may pay off considerably in the red-team?

What is a load balancer?

In this manner, a load balancer performs the following functions:

In AWS we call these Sticky Sessions.

Many fast-changing applications require new servers to be added or taken down on a constant basis. This is common in environments such as the Amazon Elastic Compute Cloud (EC2), which enables users to pay only for the computing capacity they actually use, while at the same time ensuring that capacity scales up in response traffic spikes. In such environments it greatly helps if the load balancer can dynamically add or remove servers from the group without interrupting existing connections.

How to identify load balancing

There are a few ways in which to tell if the request is hitting such a load balancing system. One way earlier in the discussion of DNS load balancing. A simple series of ICMP messages sent interspersed with flushing out DNS cache would easily reveal if this was the case. If, DNS load balancing is present, you could attempt to do your testing on the IP addresses rather than the DNS name in order to lower the chance of running into any of the issues discussed.

Another way is due to a mis-configuration of the load balancing devices. Some devices put values into cookies that identify them clearly.

Use this linux one-liner to reveal the IP address of the webserver behind the BigIP:

An example using Hping3, notice the ipid (bold) is different on each request:

The Common Problem (and often missed…)

Why do we care about load-balancing? Why? Because as a pentester or red-teamer you might not be doing a thorough job, you might have missed a vulnerability that permits an attacker to take control of an underlying webserver?

As we have highlighted above, you may have a number of webservers or application servers behind the load-balancer, due on inconsistent builds, or auto-scaling launching mis-configured AMI (Amazon EC2 instances). You may encounter mis-configured and vulnerable web-app servers.

Depending on the flavour and access of the web/application server opens up a number of possibilities. Currently on the OWASP Top Ten we have these vulnerabilities:

So far in 2018 Netscylla have discovered the following types of vulnerabilities across a number of clients (which will remain anonymous):

So What Now, Moving Forward?

Don’t exclude tests for load-balancers during the reconnaissance or discovery phase of your application / infrastructure pentest or even during your red-team reconnaissance phase!

It may be impractical to fully assess each individual web/app server behind a webserver? But at least ask the client during a pentest! To ensure you have direct access through the load-balancer / firewall to assess for any possible weaknesses in the server, application or admin interface components that could be missed? And as a result get attacked and compromised by any lucky attacker!